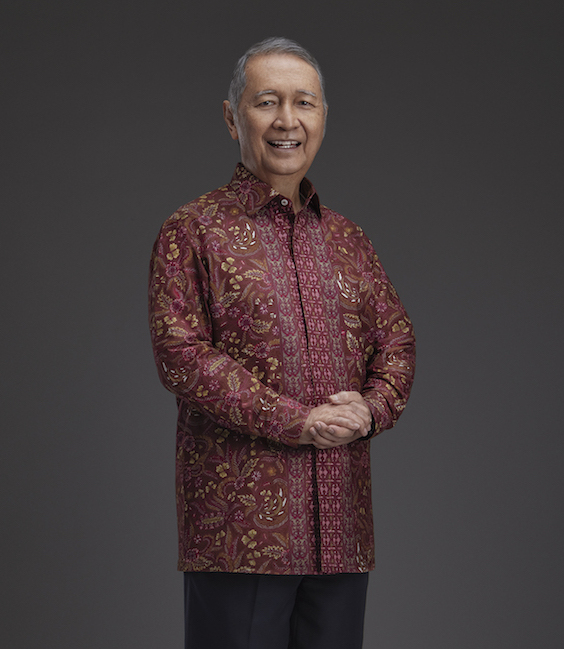 Bachelor of Economic from University of Padjajaran, Bandung, Indonesia.

He is a renowned banker with over four decades of extensive experience in the banking industry. He started his banking career as a management trainee and he rose rapidly to assume important roles in several prominent banks. He was as a member of PT Bank CIMB Niaga Tbk Board of Directors from 1991 until 1994 and was appointed as the Bank’s Vice President Director from 1994 until 1997. He then moved to Bank Pelita as the Vice President Director from 1997 to 1998 prior to assuming the supervisory role as President Commissioner of Danamon in 1998 to 1999. He also led Bank Dagang Negara, a state-owned bank, as President Director. This bank later merged with three other state-owned banks and was reconstituted as PT Bank Mandiri (Persero) Tbk, where he was assigned as the Executive Vice President from 1999 until 2000. He then rejoined PT Bank CIMB Niaga Tbk where he was President Director, from 2000 until 2006. He was then appointed as a Commissioner of Bank Permata from 2008-2009 and he later served as the President Commissioner of PT Bank Negara Indonesia (Persero) Tbk (BNI) from 2009 to 2015. His proficiency in managing and supervising banks through various business cycles, has enabled him deliver value creation, not only to the banks he worked for, but also to the banking industry as a whole. His strong leadership and ability to bring about a harmonious working relationship amongst stakeholders, has earned him a lot of admiration and respect. He has also served on OJK’s prestigious ‘Fit and Proper Test’ panel that interviews candidates for Banking Commissioner and Director roles from 2016 until 2018. This is an important assignment, which determines the leadership and future of Indonesian banking industry.