Board of Senior Executive Officers 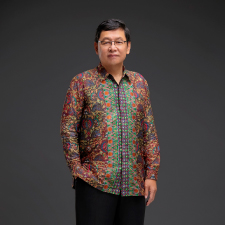 He holds a degree in Electrical Engineering from Trisakti University, 1992 and is BSMR certified for level 3 and LSPP level 4.