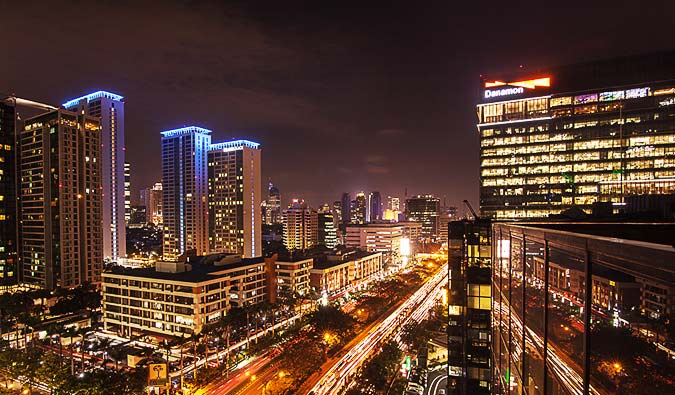 In 2015, Danamon laid the foundation for the transformation of Danamon and Adira Finance. This has brought positive results in terms of productivity and financial performance.

The Bank’s focus on several important initiatives in 2016 has shown its benefits and was reflected in the net profit growth. These initiatives included the implementation of the sales and distribution network, enhancements in the Bank’s digital channels, and overall improvement in service quality. Danamon will continue the program this year with the objective to provide better customer service quality and overall banking experience.

2016 performance reflects improved efficiency
Danamon recorded a net profit before taxes (NPBT) of IDR 4.5 trillion in 2016, which is a 39% growth as compared to a year earlier. This is due to growth in non-interest income, discipline in operating expense management, and improvement in cost of credit.

While most of Danamon’s businesses showed growth, Micro Banking remained under pressure. Excluding Micro Banking, Danamon’s NPBT would have improved to IDR 5.2 trillion. The management is executing its strategy to turn-around the business, including network rationalization, collection focus, and efficiency improvement.

Danamon booked an improved cost-to-income ratio of 48.8% in 2016 as compared to 52.0% in the previous year, as operating costs decreased by 4% to IDR 8.6 trillion. Cost of credit was recorded at IDR 4.4 trillion, which was a 12% improvement compared to a year ago.

Overall loan portfolio and Trade Finance declined by 2% to IDR 127.3 trillion in 2016 from IDR 129.5 trillion at the end of 2015. Micro Banking loans, through Danamon Simpan Pinjam (DSP), declined 30% to IDR 10.2 trillion due to competition and weaker demand. Adira Finance booked a 5% year-on-year decrease in loans to IDR 44.4 trillion at the end of 2016. However, productivity improved towards the end of the year, with Adira Finance loans rising 2% in the fourth quarter. In contrast, industry’s sales of new motorcycle and commercial cars declined by 8% and 29%, respectively*.

Improved CASA ratio
In line with management’s Loan to Funding Ratio (LFR) target of 90-92%, the Bank reduced its need for funding. Third party funds declined, as Danamon let go of its higher-priced Time Deposits. As compared to 2015, third party funds decreased by 10% from IDR 117 trillion to IDR 105 trillion in 2016. However, Current and Savings Accounts (CASA) ratio favorably increased from 43% in 2015 to 46% at the end of 2016. CASA balances decreased by 3% to IDR 48.5 trillion, while Time Deposits decreased by 15% to IDR 56.9 trillion.

Healthy loan-to-funding ratio and capital
Danamon’s regulatory loan-to-total funding ratio (LFR) stood at 91.0% compared to 87.5% a year ago. Danamon’s LFR remained below Bank Indonesia’s threshold. Despite tighter liquidity in the overall banking system, Danamon managed to maintain its LFR at the targeted level.

Danamon’s consolidated capital adequacy ratio (CAR) stood at 20.9%, while bank-only CAR was at 22.3%.

Improvement in asset quality
In 2016, Danamon improved its asset quality through prudent enforcement of risk assessment procedures, disciplined collection and recovery of debts. Total non-performing loans decreased by 4% to IDR 3.7 trillion. Cost of credit ratio also improved to 3.5% from 3.8% in 2015. At the same time, restructured loans declined 9% to IDR 3.5 trillion. Gross non-performing loans ratio stood at 3.1%, which remained below the regulatory limit of 5%. The Bank expects asset quality to improve further this year.

About Danamon:
PT Bank Danamon Indonesia, Tbk. (‘Danamon’) was established in 1956 and as of December 31, 2016 operates a network of around 1,800 including among others conventional branches, Danamon Simpan Pinjam (DSP) and Syariah units as well as its subsidiaries branches. As of December 31, 2016, Danamon provides its customers with more than 60,000 ATMs, including through its association with ATM Bersama, PRIMA, and ALTO, in all 34 provinces in Indonesia. Danamon manages around IDR 174 trillion assets as of 31 December 2016.