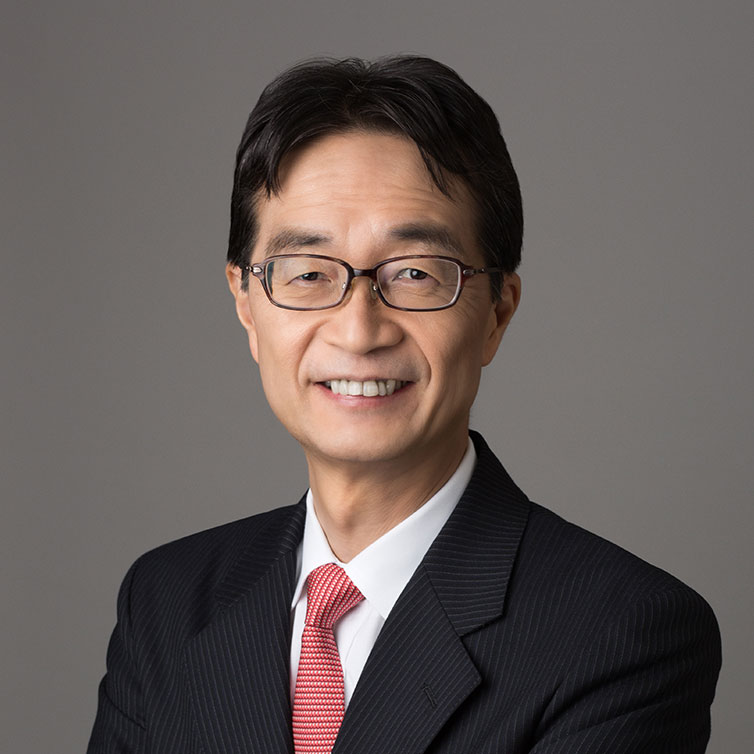 Qualifications / Education Background
Graduated with an economics degree from Osaka University in Osaka, Japan in 1983, and obtained a Master’s degree in Business Administration from the Booth School of Business, University of Chicago, USA in 1988.

Work Experience
A seasoned banker with over 30 years of experience, Mr. Takayoshi Futae began his career in 1983 at The Sanwa Bank, Ltd., which was a predecessor of the Bank of Tokyo-Mitsubishi UFJ. He worked in the United States for more than 10 years, in its Chicago and New York branches before returning to Japan to take on more senior roles in structured finance, project and asset based finance, and corporate restructuring. As Managing Executive Officer in charge of Japanese Corporate Credit, he was instrumental in initiating two key business functions for the bank - the Project & Asset-based Financing Division, which today is part of the Structured Finance Division, and the Global Corporate Banking Division, serving the MNCs and the non-Japanese corporates. Over the years, Mr. Futae has also been involved in corporate banking, credit and corporate advisory. Currently as Chief Executive Officer of the Bank of Tokyo-Mitsubishi UFJ Asia & Oceania region, he has been responsible for the bank’s business lines across 15 countries in the region since May 2016, and was promoted to Senior Managing Executive in May 2017. Mr. Futae was appointed a Director on the Board of Security Bank Corporation, one of the leading banks in the Philippines, of which MUFG has a 20 per cent stake since April 2016. He is also Vice-Chairman of the Board of Bank of Ayudhya Plc (Krungsri), Thailand’s fifth largest bank in which MUFG has a 77 per cent majority stake in. With years of banking experience and expertise accumulated in locations spanning from America to Asia, Mr. Futae brings with him a global perspective, versatility and rigour that will be invaluable to any business. As Vice-Chairman of the Board of Bank of Ayudhya, Mr. Futae understands the importance of leveraging synergies between a well-respected local partner and a global financial group for mutual success.

*Effective after fulfilling all the governing regulations.