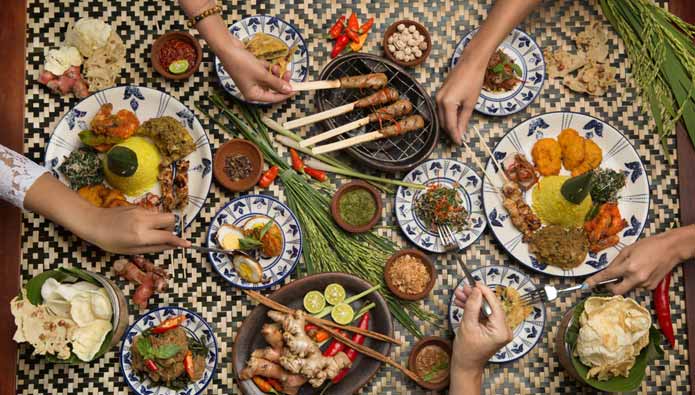 Pantura road track which land across Anyer to panarukan is the most famous road for Indonesians, Aside from its historical background, this road is also the main choice of road especially during ‘mudik’ or going home during Eid Mubarak after fasting for a whole month. Not only the beautiful scenery, but this road also offers you recommended food that you should try. What are those food? Here are the recommendations. Unlike any other goat satay, Batibul satay made from a young goat with less than 3 month age in average. This explains why the textures of Batibul satay are very chewy and melt in your mouth. The bite-sized satay looks average, around 2 cm diameters and barbecued on top of coconut shells. Batibul Satay has been widely known in many areas from Semarang, Jogja to Jakarta. On top of that, Jokowi, Indonesia’s President always make sure to drop by this restaurant whenever he gets a chance to visit Tegal. The most famous Batibul goat satay is Batibul Satay Bang Awi which located in Ujungrusi II, Adiwerna, Tegal. 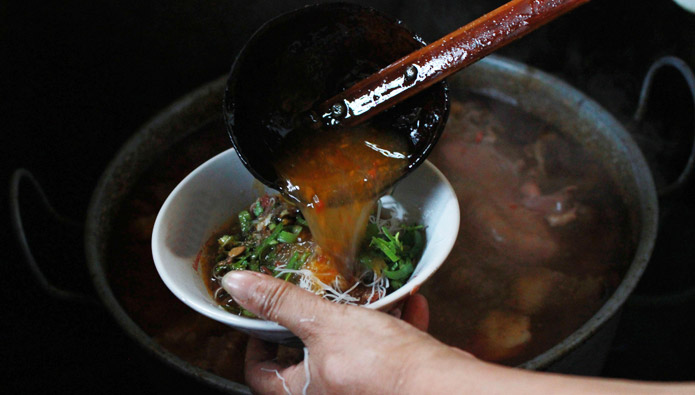 Soto is a stew of meat cooked with tasty seasoning.  One of the most famous Soto restaurant is Bang Dul’s Soto tauto which located in Jalan Gajah Mada, Pekalongan. Tauto Soto consist of vermicelli, bean sprouts, and chunk of cabbages mixed in a medium-sized bowl. There are also other content such as beef offal. You can also choose your preference of meat or chicken. All of those ingredients will be added by the stew, a spoonful of tauco and other spices. Soto Tauto is best consumed with crispy chicken skin or cow skin crackers. No wonder, a lot of famous artists loves to drop by to consume its tastiness. 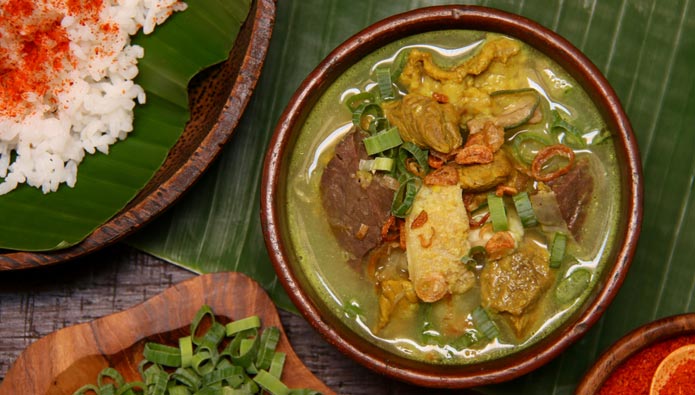 Cirebon also has its well-known and tasty dish called empal gentong and empal asam. You can visit Rumah Makan Empal Gentong H. Apud which located in Jl. Tuparev, Cirebon. This restaurant has been established since 1994. Empal gentong consists of chunks of meat, intestine, cow tongue and cow’s tripe inside a seasoned coconut milk. As for empal kuah, it use a seasoned sauce with acidic taste from starfruit as an ingredient which has been cooked with meat for 4-5 hours. These empal dish are best to consume for lunch and dinner. 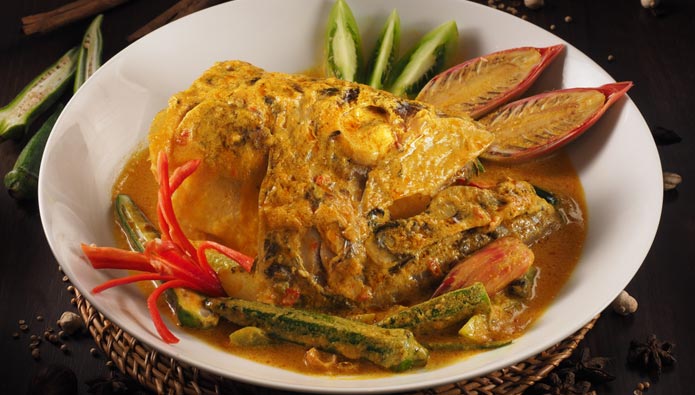 Another famous Pemalang dish is Gule Kepala Kakap Mas Har. Gule kepala kakap is a seasoned snapper fish’ head which has a spicy and savory flavor. This restaurant is located in Jalan Ahmad Yani No. 69 B, Pemalang, right in front of Pemalang police station. With its affordable price, around Rp 15k per bowl, you can get a bowl of this tastiness. White rice and iced tea are the best combination for this dish. Mie Kopyok is one of the most famous dishes in Semarang. At a glance, this dish may look like mie kocok Bandung, but it actually has a different taste and ingredients since mie Kopyok Semarang does not using any meat at all. Mie kopyok Semarang consist of noodles, rice cake, tofu, bean sprouts and chunks of celery.

You can try this dish in Pak Dhuwur’s dine in which located in Jalan Tanjung, Semarang, besides PLN Office Pemuda. A bowl of this tastiness is very affordable and it also has bene widely known since 80s.

So, which one of Pantura’s culinary that makes you hungry? Make sure to drop by these restaurants during your tour back to home!.