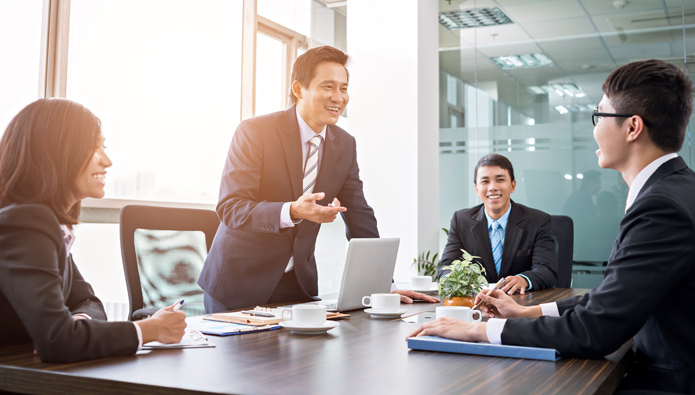 The progress of a country is not only measured by how much power it has, but it can also be judged by the quality of the younger generation. In fact, many young Indonesians are now able to prove that they are able to become a leader. Here's the profile of 4 most successful young Indonesians who successfully established and developed a technology company with a valuation of 1 billion dollars! 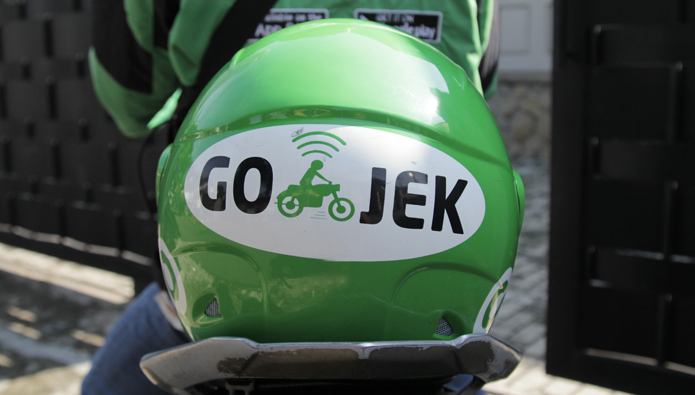 Nadiem Makarim is a 34-year-old man whose name is well known along with his Go-Jek popularity in Indonesia. This technology-based transportation service company is no doubt,  a success. With a valuation of up to 4 billion dollars, it is not wrong if Nadiem became a figure of young Indonesians in the world's eye.

The man who was born in Singapore, July 4th, is known to spend his childhood in Indonesia. Continuing high school education in Singapore, Nadiem then having undergraduate education at Brown University, USA. Taking International Relations, Nadiem took the foreign exchange program at London School of Economics before studying at Harvard Business School, Harvard University with an MBA (Master of Business Administration) degree.

Having an impressive educational resume, it is not difficult for Nadiem to be accepted to work at a leading consulting firm in Jakarta, Mckinsey & Company. Spent 3 years working there, he is also known to have worked as a CO-Founder and Managing Editor of Zalora Indonesia. He then decided to establish his own company, which is none other than Go-Jek. Armed with a number of experiences that he has, now Go-Jek has been transformed into the largest technology company in Indonesia. 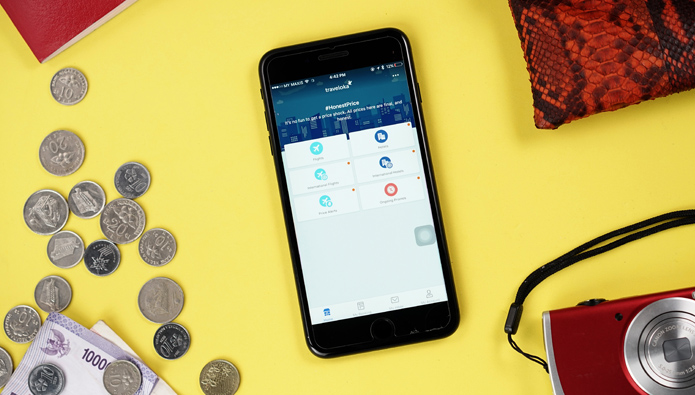 Who does not know Traveloka? The company engaged in ticket reservation is loved by almost all the people of Indonesia. Thanks to its existence that simplify the process of ticket reservation, the company founded in 2012 has also had a value of 2 billion dollars. He is Ferry Unardi, a young Indonesian who gave birth to Traveloka.

The man born in Padang, January 16, 1988, majored in Computer Science and Engineering, and then successfully accepted to work at Microsoft, Seattle. Working as a software engineer for three years, Ferry began to find it difficult to be the best at Microsoft. As a result, Ferry tried to find a new way of living by flying to China. The result is that he got the idea to open a company engaged in the field of travel and airline industry.

Armed with title engineer (software engineer), Ferry did not immediately set up a startup business. He felt the need to gather knowledge so that he continued his Master of Business degree at Harvard University. While still sitting in the first semester, Ferry interested in developing startup business ideas in the field of air ticket search engine. The idea arose because he found it difficult to order tickets for America to Indonesia flight. From there, he developed an airplane ticket search engine with a more modern, flexible, and practical technology.

At the age of just 23, Ferry decided to set up a startup company engaged in ticket reservation in 2012. Ferry and two colleagues, Derianto Kusuma and Albert, in 2013 then changed Traveloka as a ticket reservation site. The decision was final after realizing that people not only want to find cheap tickets but also want to directly order tickets. 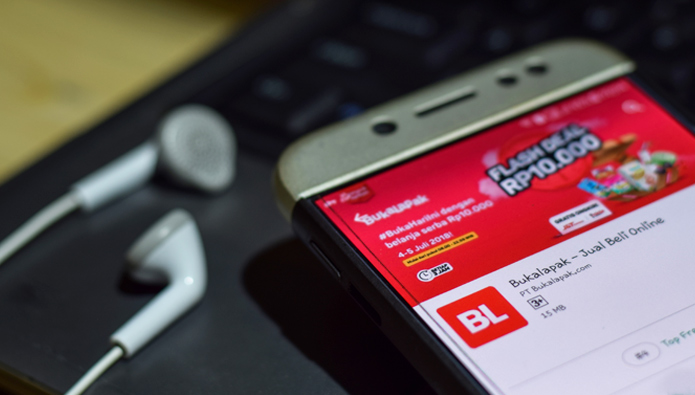 The site for online buying and selling (e-commerce) is developing rapidly in Indonesia, one of the most famous is Bukalapak. This e-commerce which now earned valuation of up to Rp 1 billion dollars was born from the figure of a hard-working man,  Achmad Zaky.

The man born in Sragen, Central Java in 1986 is a graduate of ITB (Institut Teknologi Bandung) majoring in Informatics Engineering. Initially, Zaky has a fairly simple dream, which is to get a good job with a large salary. But, as time goes by, he faces a change of mindset.

Since college, Zaky has often been involved in the startup world. He established Suitmedia (a company engaged in the services of corporate website consultants, still running until now). Suitmedia experienced a fairly rapid development in 2010, which made him re-think to build a more useful startup. The idea is to open a site that can facilitate sellers and buyers. Finally, he opened Bukalapak in the same year.

Together with his partner, Nugroho, Zaky began designing an online buying and selling platform. The concept is, buyers and sellers do not need to meet to do a transaction. The system was completed within 2 months. Zaky also had a difficult time in bringing people to sell through Bukalapak. Since although the buying and selling process in Bukalapak is free, that time, many who think selling online is quite complicated and selling offline is enough.

However, Zaky remains intense to attract people to join, either through direct invitations to people who sell in the mall, utilize the Facebook, or approaching a number of communities to use Bukalapak. Zaky also continues to spread seller success stories through social media to hint to the other sellers who were hesitant to join due to e-commerce issues. Finally, his efforts were paying off.

The buying and selling transactions that took place in Bukalapak continued to grow, reaching even Rp 5 billion per day. Then, there are investors interested in injecting funds, from Softbank to Sequoia Capital. The hard work of Zaky and his team was paid by the number of investment offer. Through the injection of funds, now Bukalapak has been transformed as one of the largest online trading platforms in Indonesia. 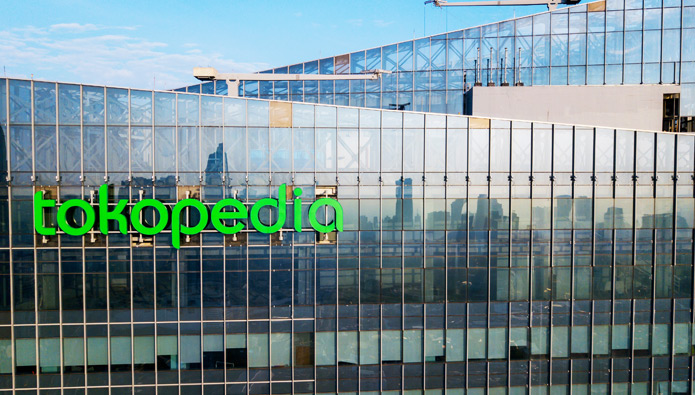 Willian Tanuwijaya is an important figure behind the success of one of the most successful e-commerce in Indonesia, Tokopedia. The man born in Pematang Siantar, North Sumatera spent his childhood to high school in his hometown. He was born on November 18, 1981, and then move to Jakarta to study at Bina Nusantara University. He also often do side jobs to pay for his own college.

Graduated from BINUS, Willian then worked in a company that's engaged in computer software development. He often thought of the idea of opening his own company, then he finally founded Tokopedia in 2007. The idea was born when William presenting himself as a moderator in the online forum Kafegaul. It gave him the inspiration to build a new startup which later was named Tokopedia.

William also invites his friend, Leontinus Alpha Edison to build the business. William was aggressively visited one by one people he knew to inject funds on the idea. He emphasizes the idea of buying and selling online that can solve marketplace problems in Indonesia. Initially many were hesitant and questioned his experience as a businessman.

Now, his efforts are paying off. In 2009, February 6, Tokopedia was officially established. On August 17, his company was officially launched to the public after receiving an injection of funds from investors and the boss where he used to work. Thanks to that brilliant idea, Tokopedia got the best e-commerce award in Indonesia from Bubu Awards and is still one of the best.

Turning ideas into a business that generates huge profits is sometimes just a matter of courage and hard work. This 4 successful youngsters from Indonesia as your inspiration. Now, you can set up your own business and do not have to be confused about taking control of your business with D-Financial from Danamon. You can manage cash flow where and whenever optimally. Start turning your idea into a real effort, now!