Indonesia’s government invest heavily in infrastructure, Danamon predicts our economy will grow up to 5.27% 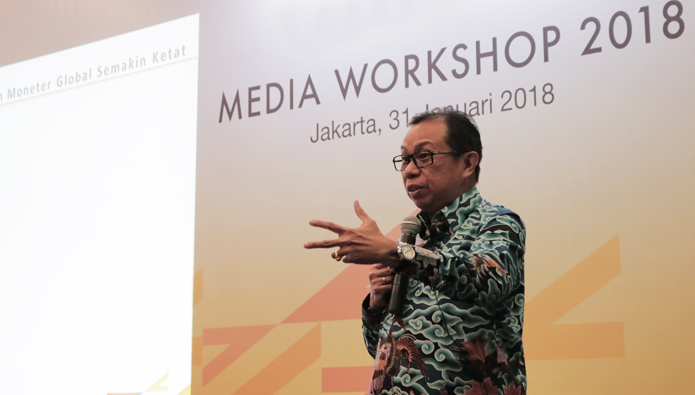 Indonesia’s government commitment to build infrastructure, according to Anton, is a great first step to fix Indonesia’s economic growth in the future. Why? Because with a great, big, and sufficient infrastructure, Indonesia can get positive point from future investors. Anton said, one of the most important factors for investor to decide whether to invest in a country or not is about that certain country’s infrastructure. If the infrastructure is not sufficient, there is a little chance investor wants to invest. Even though some of them will still invest, the number will be too small. “When King Salman visited Indonesia, Saudi Arabia investment in Indonesia is only one tenth from what they invested in China,” he said.

According to Anton, the Saudi investment decision due to China has much better infrastructure compared to Indonesia. Even though Indonesia and Saudi have similarity in religion, that will not help much. If we talk about money, religion doesn’t matter.“For investor, SARA doesn’t matter. It’s always all about money, whether they can make money or not. If they care about SARA, Saudi Arabia will invest more to us, right? But it didn’t go that way,” said Anton. According to that fact, Anton thinks Jokowi’s government take a great action by invest heavily in infrastructure. Especially if we learn from great country such as US or China, infrastructure is the main thing to improve.

Even though Rupiah exchange rate to US Dollar is predicted to be weak in this 2018, Anton still optimistic that Indonesia’s economy will still grow well. Anton predicts inflation will rise from 3.61% to 3.64%. However, this will not affect Indonesia’s economic growth. Anton also said that Bank Indonesia’s interest rate will be stable in around 4.25%. The interest rate will stay in that level as long as US doesn’t aggressively increase their interest rate. If US aggressively increase their interest rate, there will be huge inflation in Indonesia, and then Rupiah exchange rate to US Dollar will be much lower.

PT Bank Danamon Tbk predicts retail sector will trigger 2018 credit to grow from 10 to 11 percent, or around double digit. This was stated by Anton Hendranata in his presentation at media workshop in Menara Bank Danamon at January 31th. This year credit growth, according to Anton, grows because of the escalation of money circulation due to Pemilihan Kepala Daerah (Pilkada) 2018. Anton said, the growth of Indonesian’s citizen number will also make retail sector very important. “Aside from retail sector, transportation and communication are also very interesting,” said Anton. According to data from Danamon, this year credit growth is predicted to be around 7.5 to 7.8 percent. This is because Bank Indonesia’s interest rate which already in 4.25% haven’t followed by credit request yet. “and then non-performing loan is already approach last year 3 percent number. In this number, banks will be very careful,” he said.