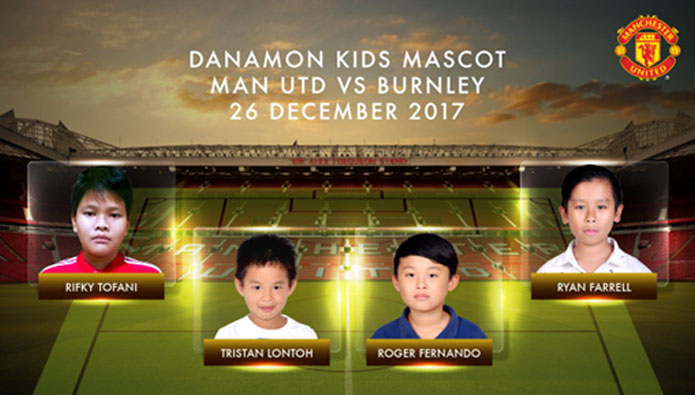 Tens of thousands kilometer distance do not dampen the support of football lovers in Indonesia for their favorite club in England, which is so far away. Tens or even hundreds of people each week gathered in cafes, singing, even crying in front of a big screen. The supporters are changing the atmosphere of small cafes into the stadium.

Among the hundreds of thousands of Manchester United (MU) supporters in Indonesia, only a handful of them gets an opportunity to feel the excitement of watching and supporting MU competing in the field directly. Of course, it is much more memorable if the support is given by becoming Kids Mascot in every game that will be held.

You already know what Kids Mascot is, don’t you? They are a group of children who are selected to accompany the football players when they enter the field. Special for the Premier League, the selection of Kids Mascot is very tight, so Man Utd does not arbitrarily choose the children in every game. Through Man Utd Foundation, they regularly search for selected children from all over the world, including Indonesia.

No doubt, having a valuable opportunity will leave a super-special story for four most fortunate children in Indonesia. Well, on last December 26th, 2017, there were four sons of the nation who were very lucky to go to The Old Trafford stadium as the Kids Mascot for Manchester United against Burnley in the final boxing day match in 2017! Curious who they are? Let's check these out!

An unforgettable experience of a lifetime 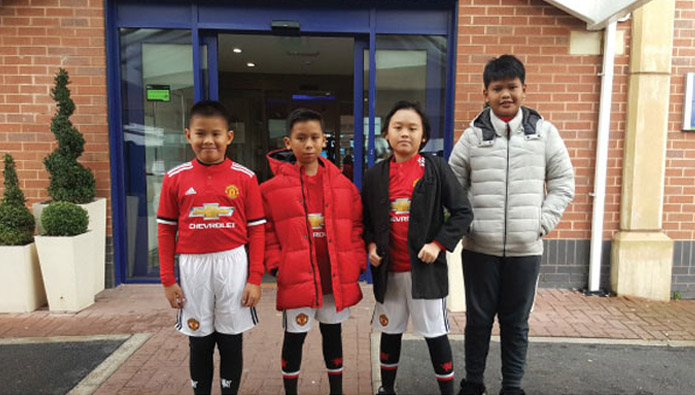 The four lucky children are Tristan Lontoh (9 y/o), Roger Fernando Loe (10 y/o), Ryan Farrell Susanto (11 y/o), and Rifky Tofani (11 y/o). They are the children of selected parents from Danamon Red Match program and the D-Point auction. The program is the addition of savings balances lasting from September to the end of October 2017. In the program, the parents of the selected children have paid an average of Rp 100 million in a TabunganMU account or collected a minimum of 1000 points through a D-Point auction.

This indicates that the opportunity earned by these lucky children is like an opportunity of 1 in 1000. So it is no exaggeration to say that after the winner of this program was announced, the enthusiasm of the parents was so extraordinary. For their children to be in one field with some elite football players of the world is certainly a pride for parents! 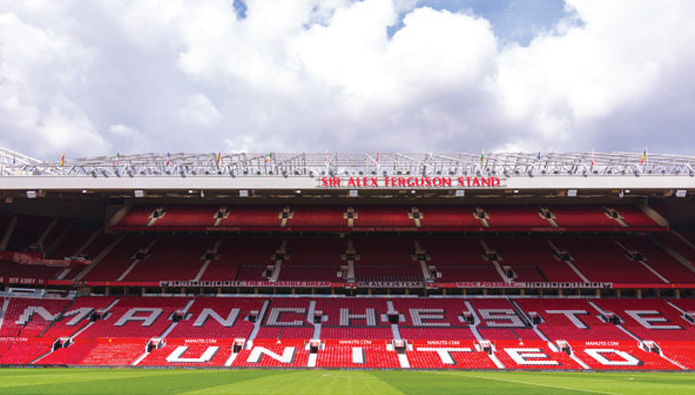 The happiness after the announcement of the winner couldn’t be hidden when the children’s excitement was so apparent. Sure enough, they couldn’t wait to be in the same dressing room hallway of their favorite players and hold hand in hand with them while entering the match ground. The happiness continued when one of the parents of the selected children showed their enthusiasm by having been in London since December, 23rd, 2017, whereas the meeting day was held at Boxing Day on December, 26th, 2017.

At Old Trafford Stadium, the children and parents were warmly welcomed by Man Utd's representative for the Asia Pacific region, Hollie Avil. Avil gave them a briefing, what should and should not be done when they became Kids Mascot. The children listened to Avil's explanation carefully. Of course, they wanted to make their precious moment run perfectly. 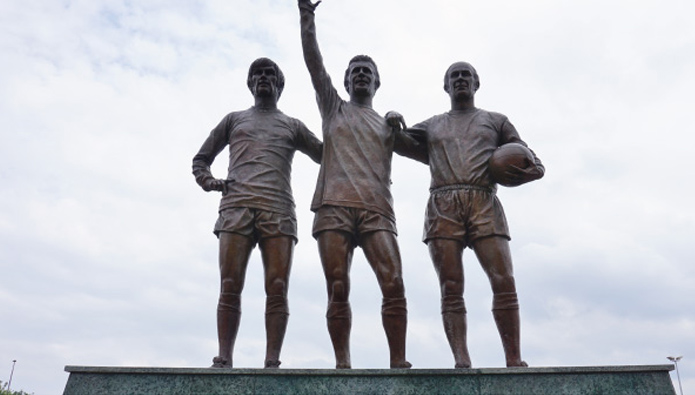 The warm welcome given to the children was even more perfect when they were immediately rewarded with a jersey complete with some trousers and socks. The boys did not expect that they were going to Old Trafford Stadium with a full jersey like a professional soccer player.

Arrived at the stadium, the children did not want to miss anything at the moment. They immediately took a lot of pictures in famous landmarks such as the statue of Trinity and the big writing "Manchester United". It has become a simple and special experience for them.

Right before entering the stadium, Tristan, Roger, Ryan, and Rifky made time to talk about their favorite players who they would like to hold hand in hand with. Most of them chose Paul Pogba, Ibrahimovic, and De Gea. But surely, they had to wait to found out the result. So, there was this sense of curiosity as well as a tickles tension that they felt at that time around.

Then, at 11 o'clock British time, the children were directed to the locker room for a further briefing. After the briefing was over, the shock immediately occurs. The boys were already scheduled to meet the Man Utd players they had been waiting for. To perfect the moment of happiness, the paper for De Gea's signature, Paul Pogba, Phil Jones, and several other Man Utd players have even been prepared for children who have been faithfully waiting for the opportunity since the morning. 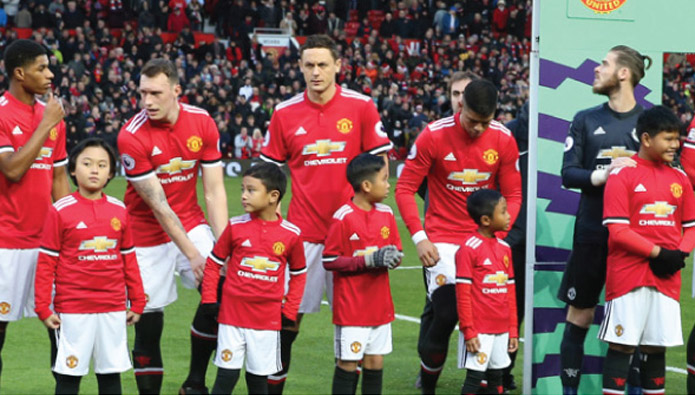 The time has come, the children had to walk and to hold hand in hand with Man Utd players and they looked so tensed. However, when the chant glory-glory from Man Utd supporters roar sounded very loud, the children seemed to get an injection of spirit to move with confidence. They appeared so united with the Man Utd players.

Regarding the moment, Hollie Avil said, it was a new history for Man Utd. It was the first time in history there were more than two children as Kids Mascot from outside the UK in one match. Avil also mentioned that the privilege was given to the children of Indonesia as a form of appreciation. Indonesia is indeed one of the countries with the largest Man Utd fan base in the world.

The privilege was continued to Rifky, who was lucky enough to get an opportunity to hold De Gea’s hand, his idol player. When the results were announced, Rifky looked greatly joyful to almost shed tears. Rifky’s reaction was indeed understandable because he is a goalkeeper at the football school that he followed in Indonesia. With that in mind, of course the opportunity was like a dream come true for him.

"Happy. I really want to hold hands with De Gea,” Rifky confessed when being asked how he felt after becoming a Kids Mascot. The happiness was not all only for Rifky because other children were also very happy to walk hand in hand with Paul Pogba, Nemanja Matic, and Marcus Rashford. It was totally an experience that can only happen once in their lifetime.

The surprise which adds happiness to happy moment 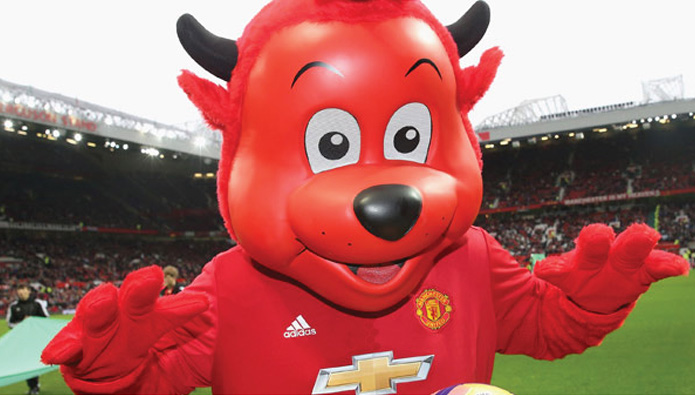 The children’s happiness did not stop there. They were given a surprise, again. After holding the MU players' hand into the middle of the field’s match, they did not immediately return to the tunnel. For a few minutes, they "went along" with the Manchester United players. They even had time to chase with Man Utd mascot, Fred the Red, enjoying every precious moment they had ever had.

After "getting in" the heating, the children went back to the tunnel and were immediately given a jacket to warm their bodies. Sure enough, the temperature was a minus 1 degree. Nevertheless, the cold air did not even make them spiritless. They looked so cheerful when they headed back to be with their family.

In the family tribune, the children also enjoyed the game which was quite stressful. Cheers and shouting from 76.000 supporters which echoed in the stadium made the children became so enthusiastic and thrilled while watching the game. Just like a dramatic film that almost invites tears, Man Utd had to lag against Burnley at first, before finally managed to close the game at that time with a score of 2-2.

England and millions of memories 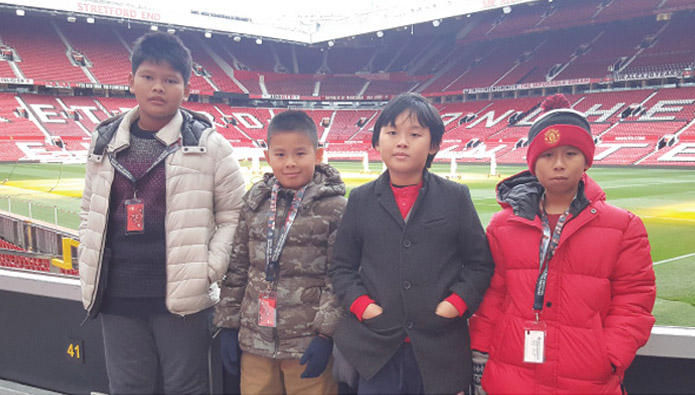 The first day has ended and the children were still waiting for more surprises on the second day, the stadium tour. Gathered at the same meeting point as the previous day, the parents and children were picked up with the ultra-luxurious Man Utd bus. Their cheerfulness in England was completely off the roof from start to the very end.

Arrived at the stadium, they immediately toured. All the stadium facilities were described in great detail until finally, they found out that inside the tunnel was a VIP room to host important people at Man Utd. One of the most important people ever hosted in the VIP room was Tom Cruise. In addition, they were also invited back to the past. The period when Manchester United was born in 1878 to become one of the most successful clubs in the Premier League and also in the world today. What a wonderful experience for 4 lucky children of Indonesia!

An impressive and unforgettable experience for the children

In life, perhaps a memorable and unforgettable experience only happens several times and can be counted on the fingers. And this experience for the four children could be one of them which made the moment even more meaningful. The meaningful experience was ensured by the look on the children’s faces that seem to be inseparable from a smile. Although the temperature during the game was very cold, the children's body seemed hot burning spirit. While on a second-day tour, they were completely fine and still cheerful as always.

They were so excited to remember the moment when they held Man Utd player’s hand to the experience of the stage tour. The memorable and unforgettable experience comes from the effort and loyalty shown by the parents. To see their children’s happiness, certainly makes life more colorful. You can also join Danamon Red Rewards program and Danamon Red Hot Deals. This program will give you the opportunity to get official Man Utd merchandise for free and other interesting offers of your favorite merchants. Follow the program and bring extra happiness to your family right now!