This is the Best Time to Buy Plane Tickets 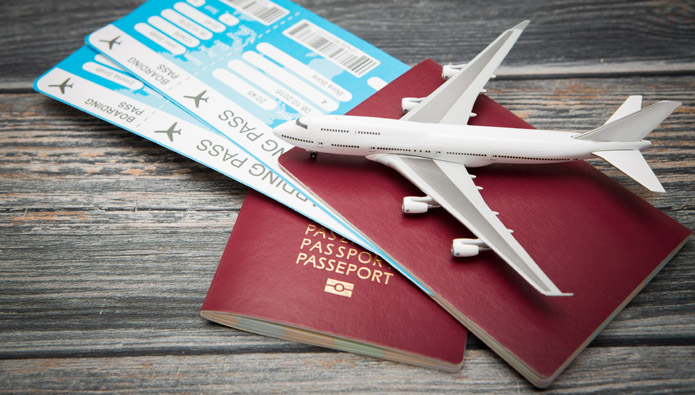 Finally, after months of working hard, it’s time to relax your mind and release your stress. And that means only one thing: holiday! When preparing for a holiday trip, the next thing you should do after knowing where to go is to book plane tickets. Unfortunately, the expensive plane tickets often make people cancel their trips. But, don’t worry because you still have opportunities to get the cheapest flight possible during this time below.

Try Not to Book on the Weekend

The weekend is people’s favorite time to go on holiday. That’s why airline companies usually charge their flight tickets with a higher price on the weekend. So, if you really want to get cheaper plane tickets, you better re-schedule your holiday trip to Monday to Thursday. According to Expedia dan Airlines Reporting Corporation (ARC), flights flying on the weekend can be 10 dollars more expensive than the ones flying on weekdays.

Tuesday and Wednesday: the Best Days to Shop for Plane Tickets

Expedia dan Airlines Reporting Corporation (ARC) also conducted a research and the report showed that Tuesday and Wednesdays are indeed the cheapest days to buy plane tickets. The main reason is because not many people go on holiday trip on Tuesday or Wednesday. Most people will shop for plane tickets on the weekend or on Monday when they have to go to work. More specifically, Business Insider suggests you buy plane tickets on Tuesday afternoon since most airline companies will do the seating capacity checking at that time.

Connecting Flights are Usually Cheaper than the Direct Ones

May and November: the Best Time to Go on Holiday

So, when is the best time for you to go on holiday? According to skyscanner.com, the answer is either May or November. During those months, people are more likely to be busier with their works. That being said, most holiday destinations won’t be that much packed. However, please bear in mind that your chosen holiday schedule can also affect the price of your plane tickets. It’s better if you avoid traveling on the weekend.

Most people book their flight tickets at the beginning of the month after they receive their paychecks. You’re probably thinking about doing this, too. There’s nothing wrong with that. But remember that airline companies have fluctuated ticket price not without reasons. If you buy flight tickets at the end of the month, you’ll find that the price range is way cheaper.

The reason is quite obvious. Towards the end of the month, most people tend to save a lot since their savings are wearing off, so they have no plans to go on holiday. That’s why many airline companies often offer special promo at the end of the month. It’s time for you to take control of your holiday planning, so let’s do it days before the departure to make sure your holiday runs smoothly.

Know When to Get the Best Deals and Offers

Airline companies don’t offer special deals very often. But when they do, they make sure you’ll get the cheapest flight tickets possible. And since it’s “first come, first served” basis, you’ll really have to fight for it since there are many other people who want the same tickets as you. The key is to know when these deals and offers are available.

The first thing you have to do is follow all the social media accounts of airline companies and the tickets service providers. They usually offer limited deals only for their social media followers. Secondly, subscribe to all of their mailing lists because they often send the announcements via email.

And, last but definitely not least, you can check e-commerce websites as often as possible since they also like to offer special deals for flight tickets. One of the e-commerce websites you wouldn’t want to miss is Blibli.com. If you want to get more (#mauLEBIH) special deals, you can open a new saving account on Danamon LEBIH and get a Blibli.com voucher worth of 1,000,000 IDR here. Happy holiday!