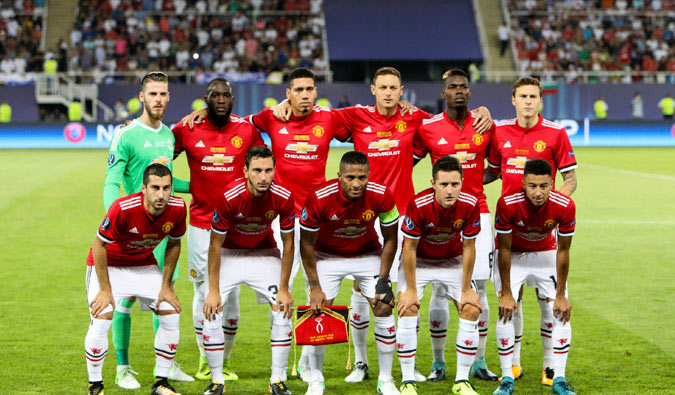 The name “derby” was first mentioned in England around the 12th century. According to Panditfootball, in Ashbourne, Derbyshire, England, there used to be two teams that played a sport called Royal Shrovetide Football Match, which was similar to football and rugby. These two local Derbyshire teams competed by involving approximately 1000 players. Ever since the competition took place, now the competition has been known as Local Derby (Derbyshire).

The Ambition to Snatch the Champion Title

On the 15th week, Manchester City won by 8 points to Manchester United in the standings. Well, the result of the derby actually won’t affect the Premier League standings, but the score gap will determine who is going to become the Premier League’s champion. It’s safe to say that until the 15th week, Manchester United is the only club with great opportunity to compete with City since Chelsea and Liverpool are still on the 3rd and 4th place of the standings.

Besides, with a busy schedule in December, the score result will become a valuable point for both of the teams. Out of 174 Manchester Derby conducted before, 72 of them had been won by United while City had only won 50 competitions. Meanwhile, the other 52 competitions ended with the score tied.\

The Rivalry between Pep Guardiola and Jose Mourinho

This is not Pep Guardiola (Pep) and Jose Mourinho (Mou)’s first competition. Both of these couches have achieved two Champions League titles. Several years ago, they had a big rivalry in Spain. This rivalry arose when Pep said that David Silva suffered an injury thus he wasn’t able to play this weekend. So, according to Dailymail.co.uk, Mou started to carefully plan his strategies and plans.

But if there’s one thing you should know about derby’s strategies and plans, it’s that Pep has always been known as the expert. Out of 19 competitions between Pep and Mou, Pep has won 9, Mou has won 4, and the other 6 ended with the score tied (Football365.com). However, it’s important to remember that this week’s derby isn’t held at Old Trafford, a stadium that’s never been “friendly” for whoever competes there. But Mou sees this as an opportunity. For years, Mou and Pep have been throwing controversial statements to each other. So this week’s Manchester Derby isn’t the one you would want to miss.

The Strength in Every Line

Back in the first fifteen competitions, City never lost a single play (14 won, 1 tied score). This season, City even becomes the most productive team with 36 scored goals. However, when it comes to defense strategy, United is still the best since they only experienced 9 conceded goals. For this, United has David de Gea to thank because of his on fire performance. On the last competition with Arsenal, David de Gea did 14 rescue attempts—the most rescue attempts have ever done in one competition. Well, it’s not only because David de Gea’s hard work, obviously. There’s the Manchester United’s captain, which also serves as the wing defender, Antonio Valencia, and Ashley Young. Not to mention the duo defender Marcos Rojo and V.N. Lindelof who also played beautifully in the last few competitions.

Meanwhile, Manchester City only experienced 10 conceded goals in the Premier League, with Ederson Moraes as the keeper. He had help from four of the team’s defensive players: Kyle Walker, Nicolas Otamendi, Eliaquim Mangala, and Danilo Luiz Da Silva. The statistics of City’s players are also better than United’s. Kevin De Bruyne and David Silva have done 8 assists and 6 goals each. Meanwhile, United only has Henrikh Mkhitaryan and Paul Pogba who have done 5 assists each. With Paul Pogba’s red card during the competition with Arsenal, Mou will most likely choose Ander Herrera, Henrikh Mkhitaryan, and Nemanja Matic for tonight’s competition.

Even in the front liners, City is still better than United. Romelu Lukaku has indeed scored 8 goals, but in the last 8 competitions, this Belgian guy was only able to score 1 goal. Let’s compare it to the City’s front liners. Sergio Kun Aguero and Raheem Sterling have scored 9 goals each, while the younger player Gabrial Jesus has scored 8 goals. It seems like United will rely more on Jesse Lingard, who gave quite a performance in the last two competitions by scoring 3 goals and 1 assist.

The Most Expensive and Most Watched Derby this Season

After Chelsea was defeated by West Ham United (Saturday, 09/12/17), the half-seasons competition is down to the Manchester duo. With 8 points gap, a victory will allow United to compete with City on the Premier League standings. If United was defeated, it’s not impossible for City to sit on the first rank until next year.

With all these interesting facts, statistics, and the heat of the competition, it will be much more exciting if you can watch the competition live in the Old Trafford. For every transaction using Manchester United Danamon Card, you will earn points. Winners will be determined by drawing the accumulated points. That being said, you still have the chance to fly to Old Trafford. You can also redeem the points with Manchester United’s autographed jersey, shawls, and other merchandises. #DanamonRedMatch