In contrast to Hajj that has specific dates, Umrah can be performed by Muslims at any time of the year. This special occasion is often used by Muslims to go on holiday trips afterward. Most people usually go to Turki after Umrah, but actually, there are still other countries outside Asia that are great for your holiday trip after Umrah. Europe, for example, offers many halal holiday destinations for the family.

But, first thing first, make sure your Umrah schedule allows you to extend your trip for holiday. DANAMON’s Iskandaria Umrah Package can be your perfect choice. Scheduled to depart on February 2018, you still have time to arrange your additional holiday destination after performing Umrah. If you still have no idea where to go, below here is five halal European destinations that offer amazing holiday experience. Did you know that Cordoba used to be one of the biggest Muslim centers back in the medieval era? That’s why you’ll find many Islam’s influences when you’re strolling around the city. In fact, Cordoba has become an education center under the leadership of a Muslim, who had built many libraries, schools, and universities before. The city also offers great attractions to explore. One of them is The Great Mosque of Cordoba, which used to be a church. There are also Palacio de Viana, one of the oldest buildings in Cordoba, and Archaeology Museum in which you can find many relics with historical values. Don’t worry about the culinary because Cordoba has quite many halal restaurants such as Laorkebab, Teteria Petra, and Los patios de La Marquesa. If you’re going to Vienna after performing Umrah, make sure you visit the Historic Center of Vienna if you want to know more about Austria’s history. Another must-visit destination is the Opera House, which will tell you so much about many the world’s greatest conductors. After strolling around the city, take a rest at Berliner Doner Wien or Ali Ocakbasi. These two restaurants offer halal food with delicious taste. You also do not have to worry about finding places to perform your daily prayers. There are at least eight mosques you can find in Vienna. One of them is Islamic Centre of Vienna, which happens to be the biggest mosque in Vienna. With 40% Muslim population, Rotterdam is known as a city with the biggest Muslim immigrants in the Netherlands. So, it goes without saying that Rotterdam is one of the Muslim-friendliest cities in Europe. In Rotterdam, you can find so many places that support the Muslim activities and needs, such as halal butchers and halal restaurants.
When you’re strolling around the city, you’ll easily spot many mosques. One of them is the Essalam Mosque, known as the biggest mosque in Western Europe. Interestingly, most of the mosques in Rotterdam used to be sacred places for non-muslims. People say that many Netherlands people come to Rotterdam to learn about Islam. Not only it’s perfect as your halal holiday destination after Umrah, Roma is also great for you to learn about history. There are many monuments and historical sites you can explore in Roma. One of them is Monumento a Vittorio Emanuele, with an amazing view of Roma’s landscape. There’s also Ecstasy of Saint Teresa, known as the oldest art building in Roma. What makes Roma more suitable for Muslims to visit is that there are at least thirty mosques spread around the city. Besides, the culinary is to die for! Some of the halal restaurants you can visit are Himalaya’s Kashmir and Ristorante Persiano. 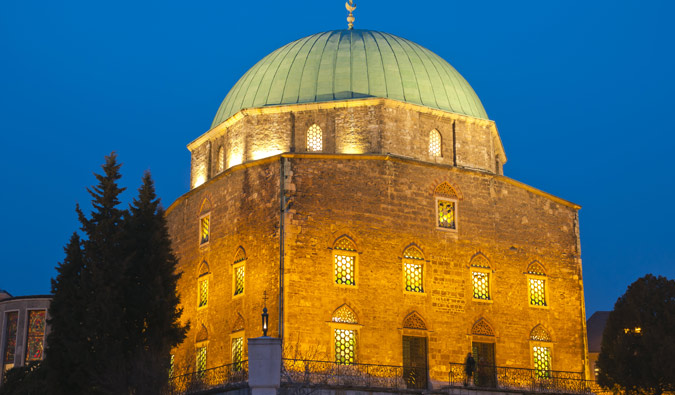 Last but not least, another European city you can visit after Umrah is Budapest, the capital city of Hungaria. There are many holiday attractions you can visit here, such as the Chain Bridge, the oldest bridge in Budapest; Buda Castle, one of the oldest castle built in 1265; and Hungarian State Opera House, in which the well-respected musical composer Gustav Mahler took practice. Spend your time to enjoy the halal culinary in Baalbek Lebanese and Titiz Turkish Restaurant. Budapest also has at least nine mosques in the city, one of the biggest is the Hungarian Islamic Community.

Those five cities are proofs that Europe is a Muslim-friendly holiday destination. Are you interested to go on a holiday trip to Europe? Which one of the five cities above you would like to visit first?